AuroraDAO approved the creation of the official project token. $AURORA token has a total supply of 1 billion. The network of deployment is Ethereum, bridged to NEAR and Aurora using the Rainbow Bridge.

Official token launch date will be the IDO date. IDO parameters should be approved by the DAO in an additional voting.

$AURORA is a governance token, a portion of the token is allocated to the Community Treasury. The treasury is used to fund existing projects and project proposals through a Kickstarter–type platform: projects are submitting the applications, while users are voting for them. The details of the platform are to be decided by the DAO.

Some of the following initiatives may or may not be implemented, as per AuroraDAO decisions: 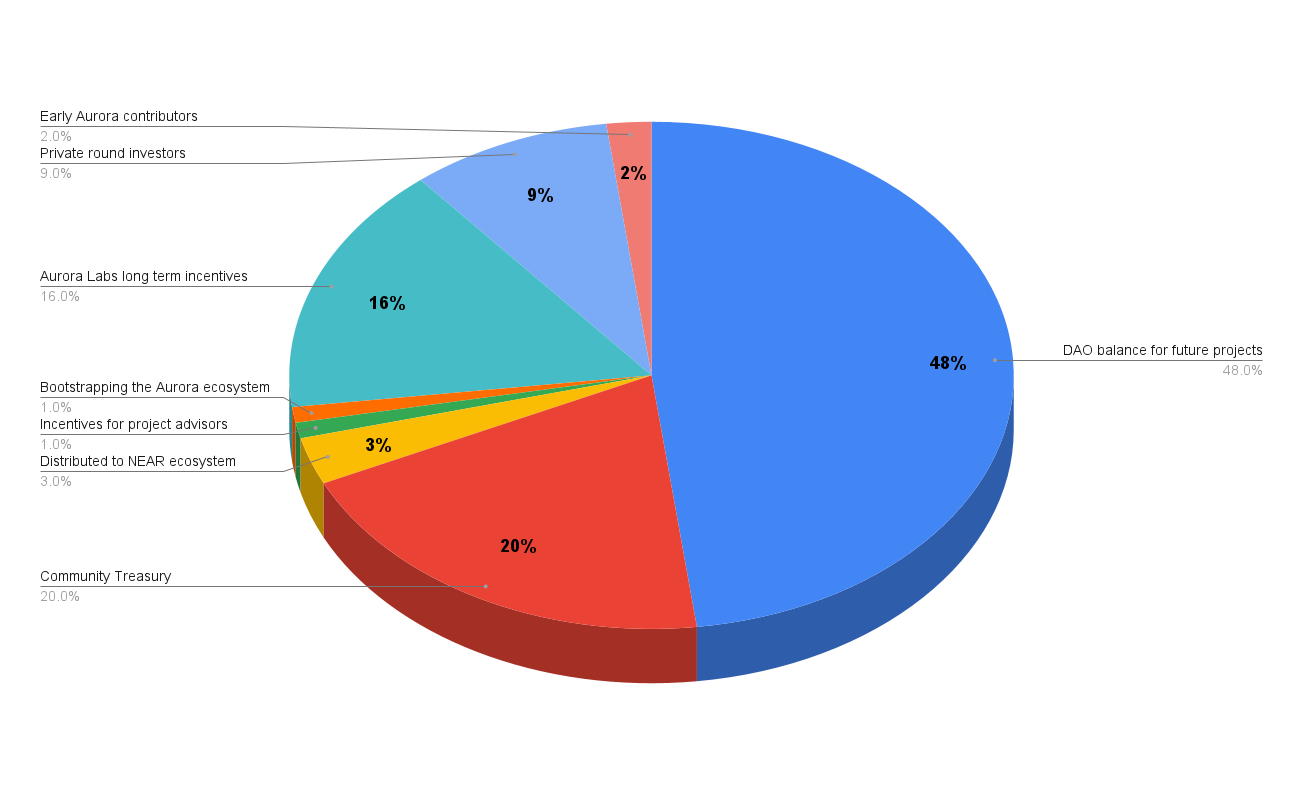 The unlocking scheme for locked tokens is the following: 2y unlocking scheme with linear unlock every 3 months and 6 months cliff starting the token launch date (25% unlocked after 6 months, then additional 12.5% after 9, 12, 15, 18, 21 and 24 months). Token launch will be the TGE date.

The launch of Aurora token will support the growth of the the project and further development of its solutions through a more effective governance by the DAO.