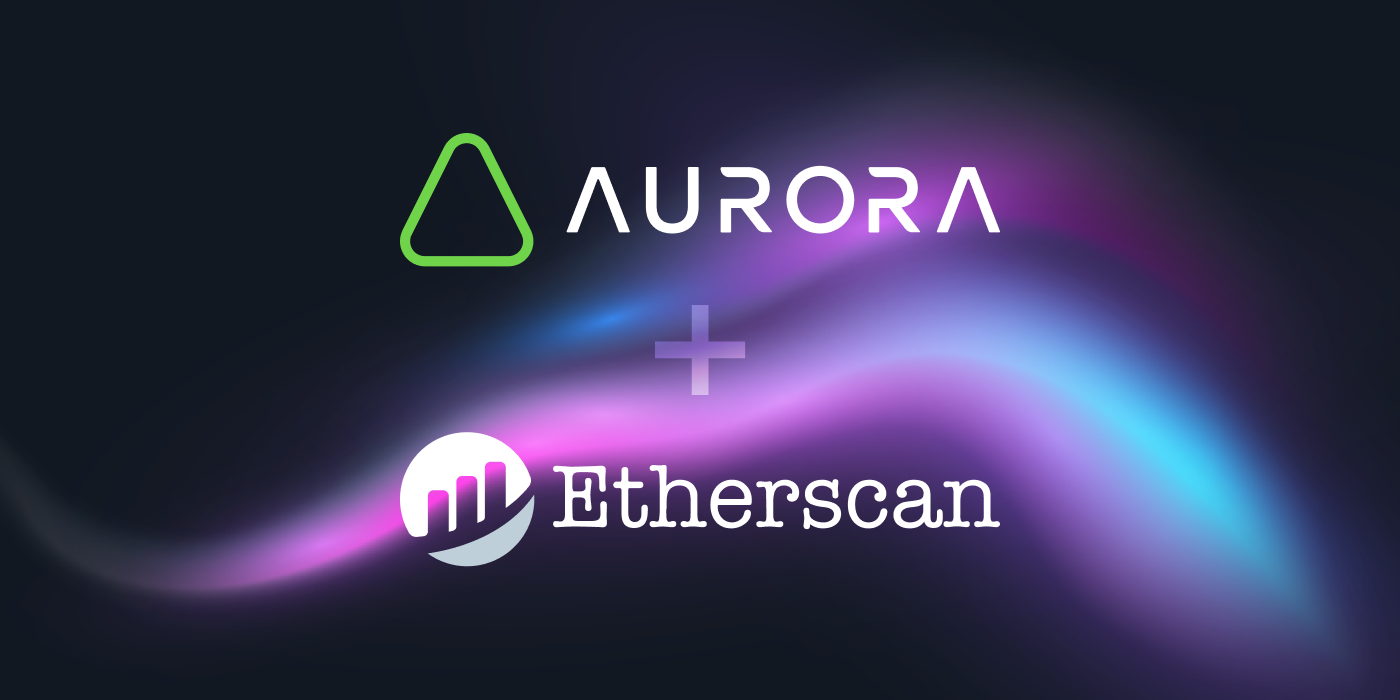 Aurora, an Ethereum scaling solution that allows projects built on Ethereum to utilise the cutting-edge technology of NEAR has teamed up with Etherscan, the leading block explorer for Ethereum to allow developers to use the same familiar tool.

While Aurora utilises NEAR as its foundation, it has always envisioned a future in which projects can move seamlessly between blockchains to suit their needs. The partnership with Etherscan is a significant step in that direction.

“Etherscan provides the familiar interface of the explorer,” says Alex Shevchenko, the CEO of Aurora Labs. “Users and devs won’t need to educate themselves on how to use the Aurora block explorer, instead they would get the familiar tool.”

While Etherscan is most commonly known as a block explorer for Ethereum, it’s capable of so much more: from statistics, and token transfers and listing; to smart contract source code verification and ability to issue read and write calls directly from the UI. Making those tools available to a greater number of devs is key to Aurora’s mission.

“Aurora is always focused on making the experience of devs and users as seamless as possible,” says Shevchenko.

The explosive growth of DeFi and NFTs frequently causes surges in Ethereum gas prices––a problem that economically limits the participation of many users, and prevents dApp developers from scaling their businesses to their full potential. Helping developers to grow their business is a mission Etherscan shares with Aurora.

"We are happy to utilize our experience in building block explorer solutions into supporting Aurora, and extend our own vision of providing equitable access to blockchain data", says Matthew Tan, Founder & CEO of Etherscan.

While today marks the start of the integration process, the product will be available later in the year. Stay tuned for updates on the release and other upcoming ones from the Aurora team.